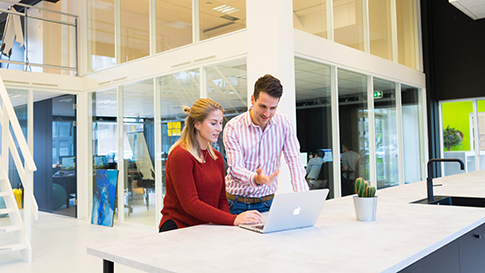 A worker is not an independent contractor if he performs services that can be controlled by an employer (what will be done and how it will be done).  This applies even if the worker is given freedom of action.  What matters is that the employer has the legal right to control the details of how the services are performed.

In order to prevent employers from misclassifying employees as independent contractors, the EFCA establishes an Employee Classification Section (ECS) within the North Carolina Industrial Commission that will receive and investigate complaints about misclassification and report suspected violations to various other government agencies, including the US Department of Labor (which enforces federal wage and hour laws); the North Carolina Department of Labor (which enforces state wage and hour laws); the Industrial Commission (the state agency that oversees workers’ compensation); and the Employment Security Division in the Department of Commerce (the state agency that oversees unemployment benefits).

The EFCA also requires that all North Carolina employers provide notice to their workers about their rights under the Act and to display a poster that includes information about the EFCA in plain language.

Before the EFCA goes into effect, North Carolina companies should carefully examine the facts and circumstances of each worker engaged as an independent contractor and assess whether or not this individual is correctly classified.  Employers found to have misclassified workers may be held liable for back payroll taxes and unpaid benefits, as well as fines, penalties, interest and attorneys’ fees under the various employment laws.

This news post was written by Wyrick Robbins. Read the full article here.