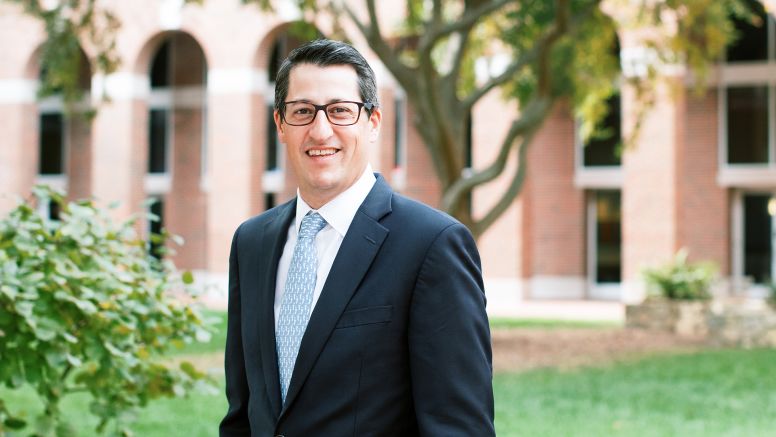 After the launch of their novel breath test, trio-smart™, earlier this month, CED caught up with Gemelli Biotech CEO Matt Mitcho. Learn more about what makes this new product revolutionary for many and how he was introduced to the CED network.

How did you get involved with CED and what benefits have you seen from it?

Matthew Cook (Partner at Davis Moore) is the one that originally recommended that I get in touch with CED. Meeting the folks at CED, between Jay and Kelly and Hunter, it’s been a really great group of people for me to sort of bounce ideas off of and then also to share our story with a variety of other folks. It’s just a really thoughtful network, and people are doing amazing things. That’s where we find ourselves. There are so many great ideas out there, but being able to finance them and then scale them is a whole other challenge.

Tell us a little about trio-smart™.

It is pretty game changing in the testing world for a variety of reasons. We now are able to look at the entire fermentable gas profile for these patients that are suffering from GI conditions. In the past, competitive companies have only looked at hydrogen and methane. And now, we look at hydrogen, methane, and hydrogen sulfide. This is helpful for patients going to a gastroenterologist or a naturopathic physician with diarrhea, bloating, constipation, abdominal pain, or any unspecified GI symptoms. They’re looking for answers.

One of the ways to get an answer is to figure out if what’s happening has something to do with bacteria in their small intestine. They may or may not have bacteria in the small intestine, and that bacteria produces gases that we can then read in the breath that comes from the patient… “An estimated 25% of patients who appear normal on hydrogen and methane tests could have elevated hydrogen sulfide levels and associated GI complications,” says Dr. Mark Pimentel, executive director of MAST. “These patients were being unrecognized by previous tests that did not measure hydrogen sulfide.”

So how does trio-smart™ and Gemelli Biotech benefit everyday people?

It’s great because there are a lot of people, 45 million people or so in the U.S., that are suffering from either IBS or SIBO, which is small intestinal bacterial overgrowth. That’s a massive problem, and they just don’t have the answers or the answers that they were getting in the past were incomplete.

We help pretty much everybody in the process. The patient gets an answer. The physician can get the patient to a diagnosis and intervention more quickly. Then, we help the payers by eliminating a lot of downstream costs by doing our noninvasive tests earlier on in the diagnostic pathway. So, I think the role that we play really benefits everyone in the healthcare ecosystem.

What kind of advice would you give to other entrepreneurs?

It’s funny, for me, when you’re in the environment where you go and take on a relatively big risk. When you have a pretty comfortable professional career, it’s less about the impact that that has on yourself. I always think about it like I’ll figure it out, like I’ll be fine personally. But what I think about is part of the founder mentality: You bring all of these other people into this adventure with you. I feel a lot of responsibility for the people that I’ve brought into this, knowing that I have to make it work not only for them, but for the end user of the product. So, I think that’s the weight that I feel as a startup founder. With that said, I would have had massive regrets if I never gave something like this a shot, regardless of how it plays out.